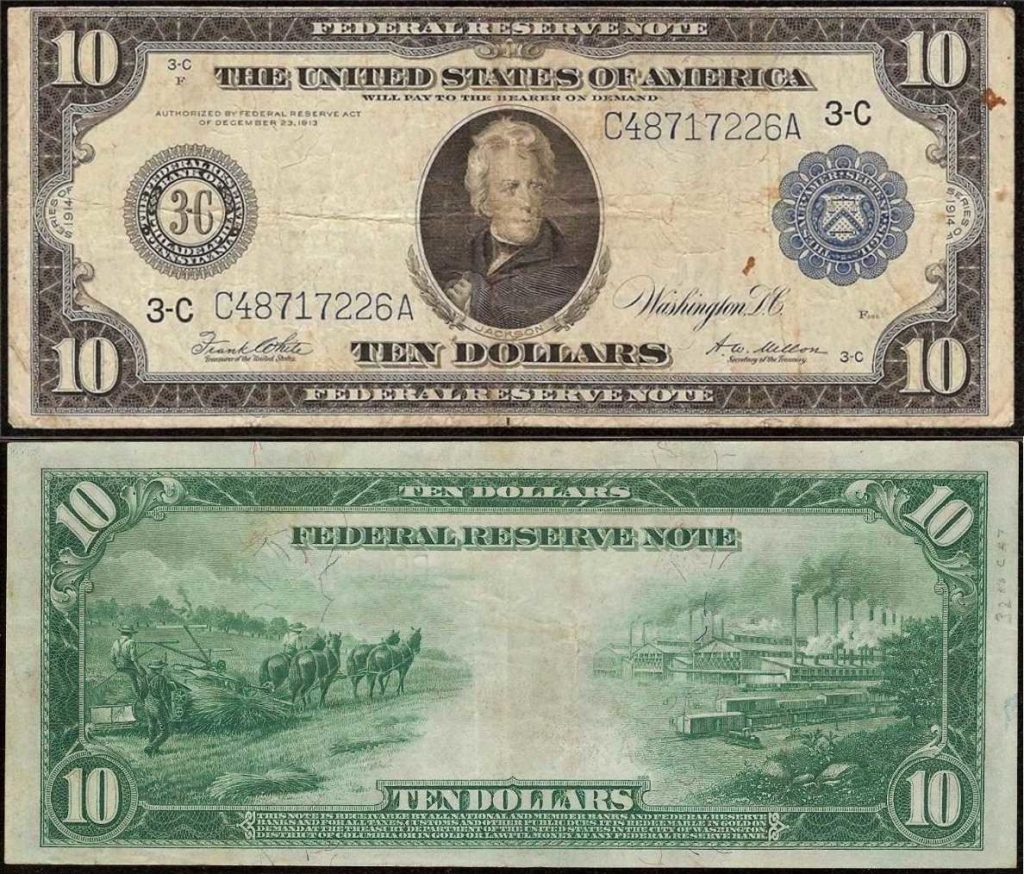 Did you know that the 1914 $10 bill was printed on 100% hemp paper, and that one of the pictures on the back shows farmers harvesting hemp? Well, now you do.

As stated on 10 Things You May Not Know About Hemp, paper produced from hemp is archival quality, and can last for centuries. Maybe that’s why it was used for the 1914 $10 bill. It was one of the first bills printed after the Federal Reserve Act went into effect on December 23, 1913.

That particular greenback bears the signature of Andrew Mellon, the Secretary of the Treasury under multiple presidential administrations. Mellon was also the head of several oil companies and banks. Mellon was the uncle of Harry Anslinger, the first leader of the Federal Bureau of Narcotics, 1931-1961. Anslinger was the main cheerleader of the Reefer Madness misinformation campaign and the primary person responsible for the prohibition of marijuana and hemp in 1937 through the Marihuana Tax Act (yes, that’s how the government prefers to spell marijuana, even today).