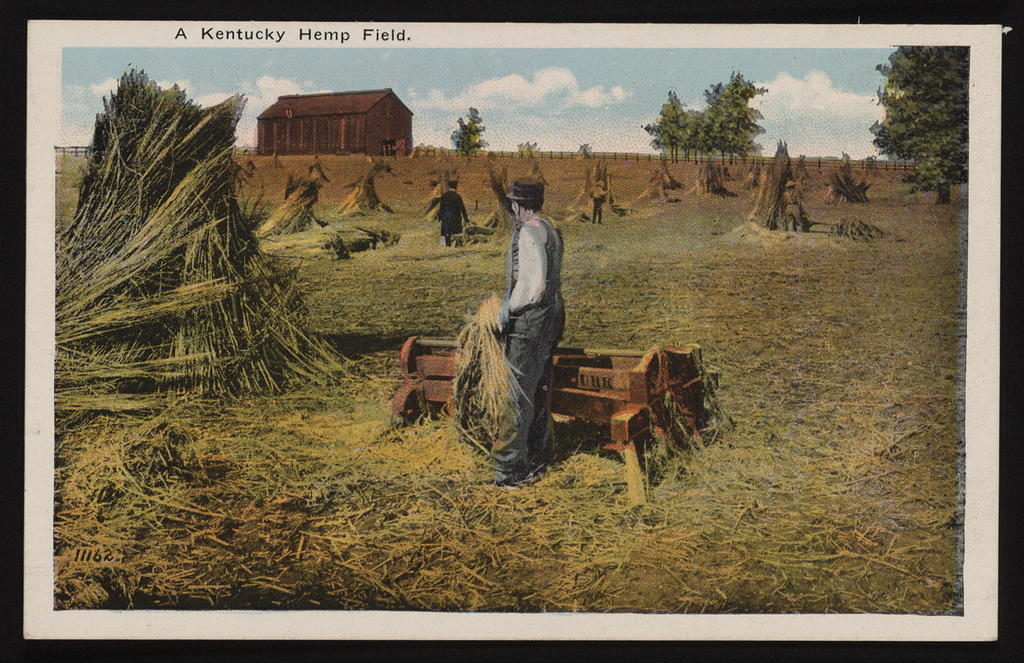 1. Humans have cultivated hemp for thousands of years

Hemp is thought to be the first domestically-cultivated plant, with evidence of hemp fabric dating to 8,000 years ago found in ancient Asiatic regions. Other evidence suggests cultivation further back by two or more thousands of years.

Hemp can grow nearly anywhere in the world, in many types of soil — even in short growing seasons or in dry regions — and helps purify soil and kill some types of weeds.

Hemp has the strongest (and longest) plant fiber in the world, is resistant to rot and abrasion, and was in use long before DuPont patented nylon in 1937. It was used for ship rigging, military uniforms, parachute webbing, baggage and more.

Hemp paper is stronger than wood-based paper, and can withstand more folding. In general, hemp has the strongest natural fiber of any source. Hemp paper hundreds of years old (now located in museums) has not yellowed, and is thus a high quality paper for archival purposes.

5. At one time, farmers were required to grow hemp

According to the documentary “The Union: The Business Behind Getting High,” the first marijuana law in the United States was enacted in 1619, in Jamestown Colony, Virginia, and actually required farmers to grow hemp.

6. It used to be illegal to NOT grow hemp

Cannabis hemp quickly became legal tender in most of the early settler days of 1631 into the early 1800s. Taxes were paid with hemp for over two hundred years, and between the 17th and 18th centuries it was illegal to NOT grow hemp in some areas. Some colonies even enforced jail sentences for those who did not participate in what was quickly becoming a patriotic act, especially during the revolutionary war.

7. Many documents from the early days of the U.S. were written on hemp paper

Benjamin Franklin owned one of the first paper mills that processed hemp into parchment that was used in many first drafts that later became the documents that America stands by. The Declaration of Independence, Thomas Paine’s “Common Sense”, the Federalist (and Anti-Federalist) Papers, the Articles of Confederation, and of course the United States Constitution were all written on hemp paper.

Despite the active Marijuana Tax Act and the official federal government stance on hemp and marijuana, the U.S. Army and the Dept of Agriculture jointly produced a 1942 film, “Hemp for Victory,” encouraging farmers to grow hemp for the country’s effort in World War II — particularly for textiles and rope, imports of which had been cut off by war. Over 100,000 acres of hemp was growing in the U.S., but all related permits were canceled when WW II ended.

For thousands of years, 90% of all ships’ sails and rope were made from hemp. The word ‘canvas’ comes from the Middle English word “canevas” which comes from the Latin word cannabis.

Henry Ford’s first Model-T was built to run on hemp oil, and the car itself was constructed from hemp! On his large estate, Ford was photographed among his hemp fields. The car, ‘grown from the soil,’ had hemp plastic panels whose impact strength was 10 times stronger than steel.