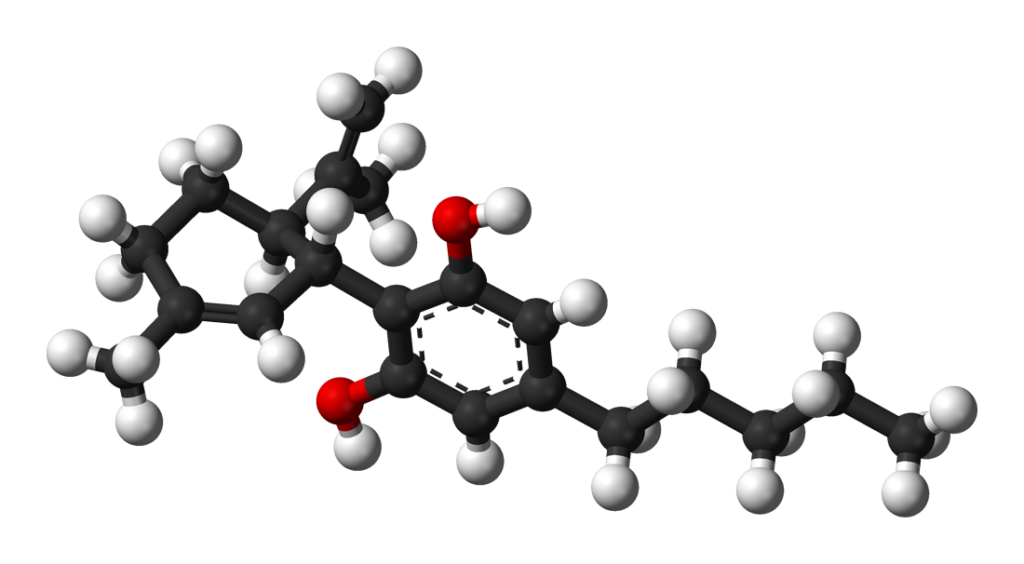 Cannabidiol (CBD) is just one of the 60+ cannabinoids found in the same species of plant that marijuana comes from, Cannabis sativa*. However, the variety of Cannabis sativa that is grown for CBD production (commonly known as industrial hemp, or just hemp) contains extremely small amounts of THC, the psychoactive compound found in marijuana.In other words, consuming CBD or smoking hemp will not get you high. This fact makes CBD an appealing option for patients looking for relief from inflammation, pain, anxiety, psychosis, seizures, spasms, and other conditions without having to deal with the disconcerting feelings of lethargy or dysphoria that THC produces.

The History of Hemp and CBD

Hemp is one of the oldest cultivated plants known to man. The first traces of hemp were found way back in 8000 BCE in Asian regions that are now modern day China and Taiwan. The oldest remnants discovered to date are hemp cords used in pottery, and records that show that hemp seed and oil were used as food in China.

Hemp fiber, seeds, and its woody part (called hurd) have been used throughout the millenia to produce many things, including clothing, paper, fuel oil, medicines, ropes, ship sails, houses...the list goes on and on.

Hemp was considered so important to early America that it quickly became legal tender in most of the early settler days of 1631 into the early 1800s. Taxes were paid with hemp for over two hundred years, and between the 17th and 18th centuries it was actually illegal to NOT grow hemp in some areas. Some colonies even enforced jail sentences for those who did not participate in what was quickly becoming a patriotic act, especially during the revolutionary war. (See 10 Things You May Not Know About Hemp for some more interesting facts about hemp.)

Fast forward a couple of centuries -- 1946 marked the year that CBD was first isolated from the Cannabis sativa plant by Roger Adams, a chemist who graduated from Harvard university. However, he was not able to determine what the substance was. CBD became illegal in the US soon after that. However, In 1960, Israeli organic chemist Dr. Raphael Mechoulam both isolated and described the chemical structure of CBD, thus enabling chemists to confirm that CBD was a non-psychoactive constituent of cannabis. By the mid-1970s, the British Pharmacopoeia was referring to CBD tinctures for medical use. In 1980, Dr. Mechoulam made another breakthrough in CBD history when he ran a study which showed cannabidiol could be a key factor in treating epilepsy.

Is CBD legal in all 50 states today? Yes and no. CBD derived from industrial hemp has no psychoactive effects; therefore, you can legally purchase or sell hemp CBD products in all 50 states. Because hemp is sometimes confused with the marijuana plant, there is still some stigma surrounding hemp-derived CBD, but from a legal standpoint, hemp-derived CBD is completely legal and enjoys the same rights as any other legal product. Although not all states allow the cultivation of hemp, you can purchase CBD products all across the continental US and Hawaii. On the other hand, CBD derived from marijuana is only legal in states where marijuana is legal.

Hemp vs Marijuana -- Same But Different

Earlier, we touched on the difference between hemp and marijuana. Although they are both members of the same species (Cannabis sativa) they are bred for different reasons and they look different. It's just like a Bichon Frise doesn't look anything like a Dogue de Bordeaux, but they are both dogs and belong to the same species, Canis familiaris.

Hemp is grown for its fiber, woody inner part, seeds, and high-CBD low-THC flower buds. It grows tall and thin. Marijuana is primarily grown for the flower buds because they contain the highest concentration of THC. Marijuana tends to be more bushy, but it can still grow very tall. (See footnote regarding Cannabis indica.)

What is the Endocannabinoid System, and How is CBD Involved?

Your endocannabinoid system (ECS) is a remarkably complex network of receptors that promote homeostasis in your body, affecting everything from sleep, appetite, memory, mood, inflammation, pain, and even reproduction. In other words, without a properly functioning ECS, your life would be miserable. The ECS has been called “the most important physiologic system involved in establishing and maintaining human health."

Your body is constantly producing endocannabinoids (cannabinoid-like compounds) which bind with neuromodulatory receptors throughout your body. There are two primary receptors: CB-1 and CB-2. CB-1 receptors are found predominantly in the brain and nervous system, whereas CB-2 receptors are mainly found in your immune system, digestive system, and many of your body's major organs.

So, how does CBD fit into the picture? Besides anandamide, the other main endocannabinoid is 2-arachidonoylglycerol (2-AG) which is also active on both cannabinoid receptors, along with its own mimetic phytocannabinoid, CBD.

What are the Side Effects of CBD?

Though CBD is generally well tolerated, like any other natural product, CBD affects different people in different ways, so there can be side effects. Some that people have reported include:

Can I Overdose on CBD?

Consistent consumption of CBD oil over long periods of time has, so far, shown no health concerns. A study in 2006 reported,

“…Acute CBD administration by the oral, inhalatory or intravenous route did not induce any significant toxic effect in humans. In addition, chronic administration of CBD for 30 days to healthy volunteers, at daily doses ranging from 10 to 400 mg, failed to induce any significant alteration in neurological, psychiatric or clinical exams. Finally, in patients suffering from Huntington’s disease, daily doses of CBD (700 mg) for 6 weeks did not induce any toxicity.”

A later study also showed that chronic use and high doses up to 1,500 mg/day of CBD were well tolerated. This study examined the side effects of CBD oil when consumed daily for a month. It showed that all patients and volunteers tolerated CBD oil very well, and showed no signs of toxicity or adverse side effects.

The conclusion of these studies is that, based on results from animal and human research, clinical data indicates that CBD can be safely used over a wide dose range, and over long periods of use. Since your body does not become chemically dependent on CBD, there are no withdrawal symptoms.

How Should I Take CBD?

There are 4 main ways in which you can injest CBD:

The method you use will depend on what symptoms you are treating. And, as usual, some methods will work better on some people than others, even for the same symptom. You should first try the method that works best for you when using more conventional remedies, such as aspirin, pain ointments/creams, etc.

Taking CBD orally is one of the easiest ways, but that forces it to go through the digestive system before it can absorbed into the bloodstream. However, you can let some of them be slowly absorbed through the inner lining of your mouth if you hold them in there long enough.

The other methods bypass the digestive system and allow CBD to be directly absorbed into the bloodstream or surrounding muscle tissue.

* Cannabis indica is considered by some to be a separate species of the Cannabis genus. It is shorter and more spread out than Cannabis sativa. Whether C. sativa and C. indica are separate species is still a matter of debate. However, investigation into chemotaxonomic differences support a two-species hypothesis.